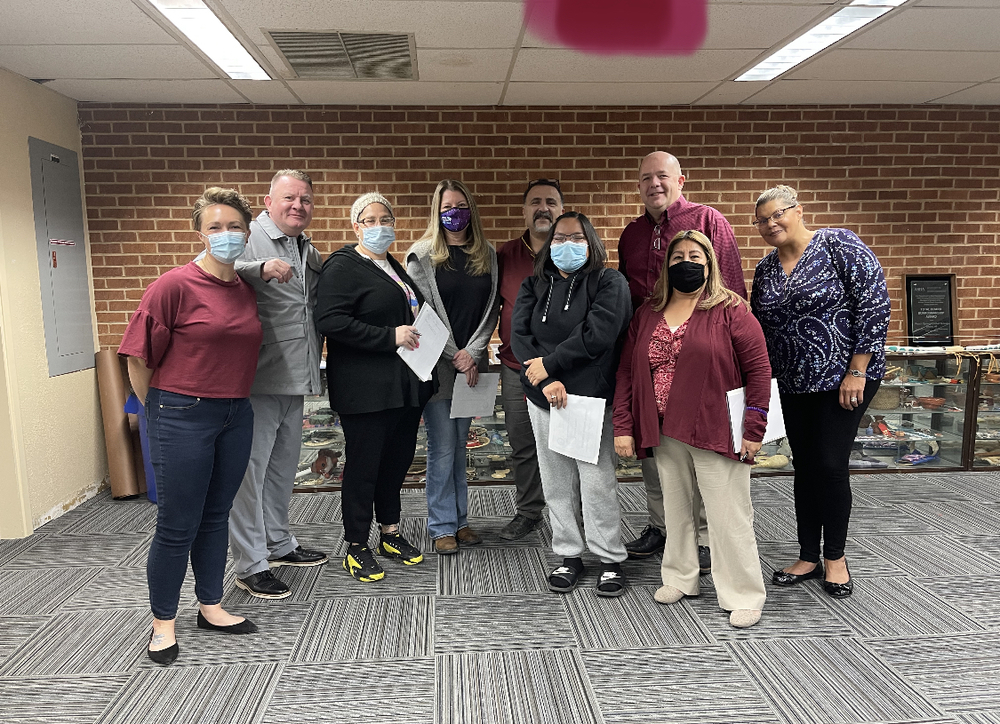 Miss Honga, 20, a modest young person with a quick smile said she finished her final online geometry class, and said, “It was alright, it made me happy.”

“When Tracy walked that student into our meeting that to me is the most impactful moment as an educator,” Pat Wolfe, Assistant Principal said, noting that there are two aspects that he realized.  “First and foremost, I’m super happy for Tonisha, and I’m also happy that this is the direction that this school program is headed.”

John Riddle, Peach Springs Unified School District Principal, said, “I am immediately uplifted in joining with the celebration. Her achievement is an inspiration as an educator and for other students,” Riddle said. “We look forward to more graduates like her.”

Honga who was reared by her grandmother, Debra Paya, is a life-long Peach Springs, Arizona resident said she is not sure what motivated her, and she told herself, “Shoot, I need to get out (of school). I think, I want to get off the rez, and break the cycle.”

As her grandmother was cooking a meal at home, Debra Paya shared that she is, “excited for her.  I’ve been pushing her to go to school.”  Debra Paya said the family is celebrating with a feast when school gets out during May to honor Tonisha and another family member who is graduating as well.  “I want her to go to college, get a job and be self-sufficient,” Debra Paya said, noting that she is also raising two more granddaughters.

“She’s one of the hardest working students I’ve had,” said Honga’s teacher, Elizabeth Leanne Jaime.  Jaime added that Honga is scheduled to be a teaching assistant.  Jaime praised Honga and described her as a skillful student who can support and be there for other Music Mountain Academy (MMA) classmates.  There are 44 MMA students, and Jaime said that Honga has mastered being a good student.  “We are really, really proud of her,” Jaime said, adding that she and her colleagues are working hard to share Honga’s academic achievement with other students so they can graduate and be successful.  Jaime explained that Honga’s academic skills include being able to access and analyze information; self-motivation; showing initiative and being goal oriented.

“Celebrating student success builds momentum amongst many other things,”Wolfe added.

Brey said on a daily basis the high school students usually are done with their school day at 11:00 a.m.  In an effort to graduate, Honga stayed after school, and did her schoolwork until 2:30 p.m. or 3:30 p.m. 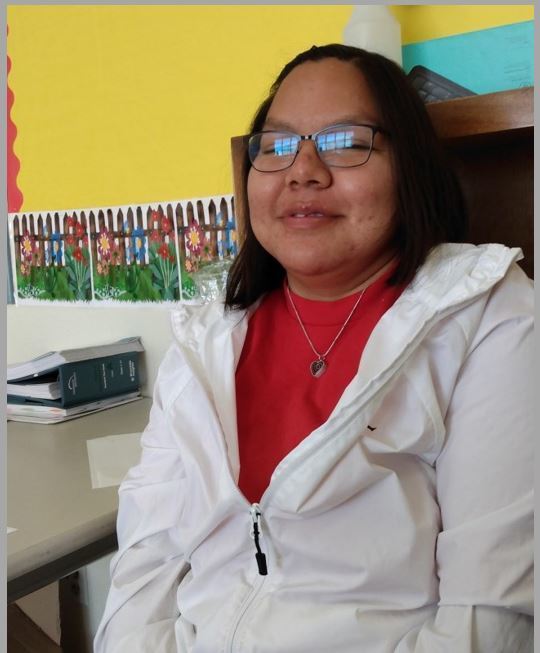 “She has just worked so hard,” Brey said. “She was always so good and really quiet.” Honga is the first graduate of the Music Mountain Junior/Senior High School in the 21st century, and it probably has been about eight years since there was a graduate from MMJr./Sr.HS.  Brey said that the PSUSD administrators are working hard to repair and re-open the Music Mountain Junior High School building.